The Catcher in The Rye is a novel composed by J.D. Salinger, which was published in 1951. The novel revolves around the protagonist named Holden Caulfield, a 16-year-old boy, who drops out of school. This novel tells the story of the dissatisfaction and frustration experienced by the little boy, who seeks the truth and logic against the Phoniness of the world of adults. Eventually, the little boy ends up emotionally and mentally exhausted and imbalanced. Several events are discussed in the novel that is faced by the protagonist in this condition.

The Catcher in the Rye Summary

Holden, the narrator, and protagonist of the novel, recounts his activities before the last Christmas from what is apparently a sanatorium. Holden is at Pencey Prep School when the plot opens, making his way to Spencer, to his history professor’s home to say goodbye. The protagonist explains to the reader that he has been suspended for failing most of his courses. Following his trip to Spencer, Holden runs into Ward Stradlater, his roommate, who requests him to write a paper for his English class while he takes his old friend to the date. He agrees with it and he writes about the baseball glove of his younger brother Allie. Unfortunately, Allie passed away from cancer.

When Stadler gets back from the date, he tells Holden that didn’t like the essay and it was not good. Holden gets upset when Stradlter refuses to admit that he had sex with his friend after the date. Hearing this, Holden storms out as a result and departs Pencey for New York City for Christmas break for a few days. Although he made this plan sooner than expected. He is unable to return home after he gets to New York since his parents are still unaware that he has dropped out. He decides to stay at the Edmont Hotel rather, where he observes some sexually explicit situations through the windows of other rooms. Also, as a result of his loneliness, he used to go to the nightclub of the hotel and make new connections. There, after speaking to a few women, he visits another club and sees his older brother’s ex-girlfriend. 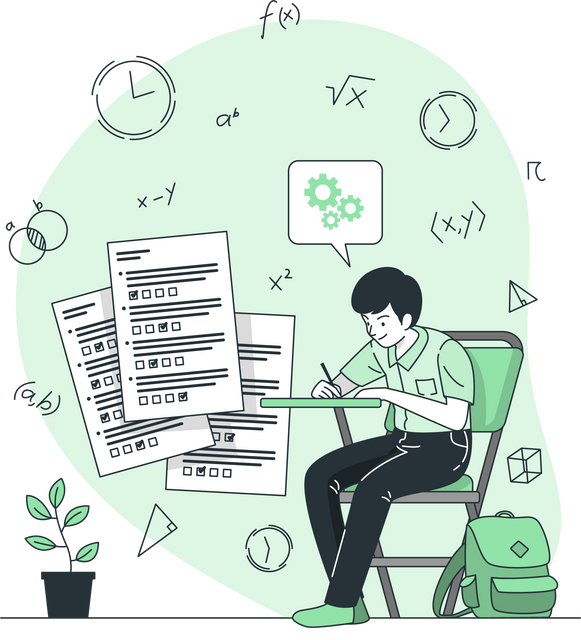 Then he visits another nightclub after speaking with a few women there but leaves after spotting his older brother’s ex-girlfriend. When he returns to the hotel, he asks a prostitute to come to his room so they can discuss. As a response to this demand, he gets punched in the stomach.

Holden contacts his ex-girlfriend Sally Hayes the next day. However, after spending the entire day together, he makes a nasty comment, and she leaves crying. Later, Holden meets Carl Luce, a longtime classmate, at a nightclub, but Luce departs soon after becoming offended by Holden’s harsh remarks. Holden remains behind and drinks alcohol on his own. He walks around Central Park after he left until the cold weather drives him to go back to his home. Being hesitant to confront his parents, he goes in and discovers Phoebe, his 10-year-old sister. When she finds that Holden has dropped out, she is angry and blames him for being uninterested in everything. At this point, Holden tells her about his ambition of becoming “The Catcher in the Rye,” which was spurred by the lyric: If a body catches a body comin’ thro the rye, that he overheard a young child singing. According to Phoebe, the quotation is from a Robert Burns poem called If a Body Meet a Body Comin Thro the Rye.

Holden runs away as he sees his parents returning from a night out. Holden makes contact with Mr. Antolini, his previous English instructor, who invites Holden to reside at his flat. While sitting on the sofa of Antolini, Holden goes to sleep and awakes to see Antolini massaging his forehead, which he takes as a sexual desire. He leaves right away and spends the rest of the evening at Grand Central Station. When he wakes up, he goes to Phoebe’s school and drops off a letter inviting her to visit him at a museum for lunch, informing her of his plans to escape. She persists in coming with him and shows there with a bag ready. Instead of telling her yes, he offers to take her to the zoo, where he would see her riding the carousel in the rain. The novel ends with Holden when he discusses his sick condition but is anticipated to go to a new school in the fall.

The Catcher in the Rye Analysis

The fundamental focus of The Catcher in the Rye is the loss of childhood innocence… Holden aspires to play the role of the “catcher in the rye,” which is used as a symbol for reaching adulthood and rescuing kids from dropping out in life. Holden is filled with joy as he observes Phoebe acting childishly on the carousel and is, in his words, “damn near bawling.” He is an effective “caught in the rye” because he keeps her in her innocent phase by taking her to the zoo. He has learned that he cannot fix the world at this age, though, as he has observed her and the other kids riding the carousel. He thinks while watching her that if they want to get the gold ring, you must allow them to do it without saying anything.

The name Holden is particularly noteworthy because Caulfield can be divided into the words caul and field, and Holden may be interpreted as “hold on.” Holden wants to hold on to the caul, the defensive coating that surrounds the land of innocence. In a world filled with, as he calls it, “phonies,” Holden passionately desires to remain honest and pure. Salinger once acknowledged in a conversation that this novel is somehow a semi-autobiography.

4 Reasons The Catcher in the Rye Banned

From 1961 to 1982, J.D. Salinger’s novel “The Catcher in the Rye” was one of the most controversial books in American libraries and schools. However, even today, many people find this novel pretty offensive. But, what are the reasons behind the Catcher in the Rye banned? Let’s explore.

The Catcher in the Rye has violence as well, which many adults find pretty offensive.   When Holden allowed Stradlater to punch him in the face, it stands out as the most notable instance of this. In truth, he deliberately enrages Stradlter because he is sad and craves physical hurt. This causes his parents to be concerned that after reading the book, their teenagers may believe that self-harm is a useful technique to cope with stress. The book also depicts violence through Holden’s argument with Maurice and James Castle’s suicide.

The Catcher in the Rye’s use of vulgarity is one of the causes it has been banned. Parents worry that the book’s character, a 16-year-old boy named Holden, is a poor example for their kids who are reading it in class since he uses profanity frequently. Not to mention other words like “ass,” “hell,” and “damn,” which Holden frequently uses. Parents worry that their teenagers will behave similarly to Holden and believe it is okay for the book to be presented in schools. The purpose of the book is to normalize youth committing blunders, Holden commits numerous blunders. Many authorities believe that the book not only explains Holden’s abusive actions but also justifies it by saying that he is too young to understand better.

People are concerned that The Catcher in the Rye encourages the consumption of drugs and alcohol. In the book, Holden drinks to forget his troubles and his unsatisfactory relationships with other people. Parents question what will stop their kids from following in his footsteps as Holden is able to deal with his issues through alcohol. Others believe Holden conveys the idea that the only solution to issues you can’t solve by yourself is to drink. It makes sense that people think that message is excessive.

Many people, especially parents and teachers, are offended by the sexual themes of The Catcher in the Rye. In the narrative, Holden frequently desires women and occasionally ignores signals of rejection. Some of the events described in the book, such as when Holden believes Mr. Antonelli was attempting to develop a sexual desire for him while he was asleep, could even be considered sexual assault. The novel’s portrayal of prostitutes and extramarital sex was also disliked by many readers.

1. What is the story Catcher in the Rye about?

The Catcher in the Rye tells the story of a young boy who hates adults and develops delusions about the adult world. He is dissatisfied with the responsibility and promptly finds himself deceiving the world.

2. What is the main message of Catcher in the Rye?

The main message is locked in its title: The Catcher in the Rye which indicates the protection of children’s innocence. Holden sees this element as a primary virtue and is closely connected to his struggles while getting raised.

3. Why is Catcher in the Rye so famous?

This novel by Salinger became extremely popular in 1951 when it was published. This novel was highly appreciated because it changed the subject sequence of the World War II writings in the American context.

4. Is The Catcher in the Rye still banned anywhere?

Although Salinger’s The Catcher in the Rye is considered one of the most popular novels of all time, it went pretty controversial. It has been banned in numerous states of the US, but it is taught in some American states.

Maya is a content writer and also a student. She is associated with the Scholarly Help blog. She likes to blog on different topics.

Writing a Research Based Argumentative Essay About Technology

What is the Purpose of Dialogue in a Narrative Essay?

What is a Good Thesis Statement About Depression and How to Write One?